The state of Tamil Nadu has clocked the highest rate of growth in investments nationally in the period April-December 2021 according to the latest survey by Projects Today. With total investments of INR 1,43,902 crore from 304 projects – up from INR 36,292 crore in the year-ago period. It is understood that Defence and EV has contributed significantly to investing commitments in the state. These commitments are also consistent with the aim of the Tamil Nadu Industrial Policy, 2021 to attract investments worth 10 Lakh crores between 2020 and 2025. To create employment opportunities for 20 lakh people by 2025.

In this article, we are examining the PLI Scheme and briefly discuss why it is crucial to achieve the economic objectives of the state.

*Taken from the Budget document

Tamil Nadu’s rank in Ease of Doing Business (EoDB) as per the 2019 report stood at 14th rank, behind the southern states Gujarat and Uttar Pradesh.

The major USP of Tamil Nadu inter-alia is facilitation support to companies while setting up in India. It is the only state with separate manufacturing clusters for automobiles and components, electronics, IT, textile, aerospace, food processing and country specific hubs. The state also promotes the development of Industrial Parks, joint venture model, plug & play and brownfield opportunities.

The Government has made an allocation of INR 3,267 crores in the budget. The Government of Tamil Nadu announced in its recent Budget that it is coming up with New industrial parks in tier II and III cities to promote development in the state. The new industrial parks would come up in Coimbatore, Perambalur, Madurai, Vellore and Thiruvallur districts.

A furniture park of international standards would come up in Tuticorin district. Further, the Government of Tamil Nadu has made efforts to establishing food parks with support from the Union government.

PLI Scheme were first introduced in India in March 2020, targeting 3 industries – Mobile manufacturing and electric components, Pharmaceuticals and Medical devices. In November 2020, the PLI schemes covered further 13 sectors with a total budgeted outlay of INR 197,000 Crores (US $ 26.48 billion). Each PLI scheme is of 4 to 6 year duration period, depending on the sectors.

How do the PLI schemes work?

The PLI framework enables India to take definitive steps, in the near term, to expand the manufacturing potential of the economy. The pillars of the policy are:

Import substitution and increase in exports

Several Tamil Nadu ﬁrms feature in the list of 75 auto component companies that have been approved for PLI incentives. The PLI Scheme for Automobile and Auto Component Industry in India has been successful in attracting proposed investment of INR 74,850 crores as against the target estimate of investment INR 42,500 crores over a period of five years.

Initial estimate for Textile PLI is that it would create employment of 7.5 lakhs new jobs in Tamil Nadu. Totally 67 companies have applied for support under the textile PLI scheme for Man-made fibres (MMF) and technical textiles, pledging for an investment of around INR 23,000 crores.

The Government is in an “advantageous position” in attracting investments in the semiconductor space given the market it offers in the automobile and electronics sectors – several giants have productions units in the state – which need computer chips.

We believe the success of these PLI scheme’s lies in the joint effort of the Central government and State government.

The PLI scheme has received interest from over 900 players, of which around 350 have got approval so far. Total Investments committed through PLI applicants so far with the schemes approved are approximately estimated around INR 75,000 Crores. However, the conversion of commitments into actual investments will require constant follow up and incentive package consistent with the best in the Country. Earmarked dedicated investment zones within the state can be created for those PLI schemes and this will give a clear indicator to investors on the various investing opportunities available.

It is important that Tamil Nadu aims to be the preferred destination of choice for executing these PLI projects.

Tamil Nadu had to contend with only a 4 percent share of overall Central tax revenue under 15th Finance Commission. As a major welfare state Tamil Nadu has to work harder to augment its revenues, repay its ballooning outstanding debt and undertake crucial power sector reforms and invest in infrastructure. It is the author’s view that, Tamil Nadu needs to receive significant share of the private sector investment considering its competition from other states including the approved PLI projects as well as ensure commitments translate into real investment to achieve its aspiration.

Recently, India has achieved an unique milestone of $400 billion of exports on the back of rising industrial exports. The PLI scheme is expected to add substantial contribution for future exports growth and it is crucial for Tamil Nadu to extract the lion share of investment arising from the PLI schemes into its state. Adequate power sector reforms, ESG Considerations will also be relevant as the State looks at broad basing into newer sectors.

Currently, we have 10 champion sectors, most of the investments has been backed by Indian company and Tamil Nadu with the new government, is looking at getting investments from large Indian groups into the state today. The PLI scheme will also be relevant to watch out or even that the government has announced that every year they will announce a fresh set of PLI schemes to augment perhaps Tamil Nadu with intrinsic manufacturing potential and skilled workforce should proactively engage with the Centre to announce future PLI schemes that will be relevant to the state.

Advantage Tamil Nadu – Need to stay ahead of the curve 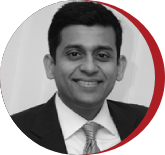 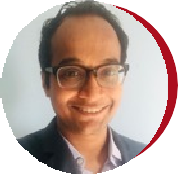