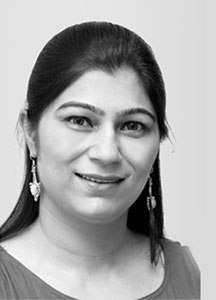 It is like a big game day, businesses, taxpayers, analysts, advisors, investors all wait in anticipation —nervous, excited, even perhaps praying. In February every year, India’s Finance Minister presents the national budget (the Union Budget) to the Parliament for the financial year starting April 1 of the current year and ending on March 31 of the next year. She (yes, She! Nirmala Sitharaman is India’s first female Finance Minister) had the task of balancing demand for investments in infrastructure, social allocations, government services with revenue sources while taking cognizance of the vision of the ruling party expressed through policy announcements and execution framework.
Every Union Budget is a balancing act, and this one is no exception. The general objective is to ensure efficient allocation of resources, nurture economic growth, maintain stability and above all meet the basic human needs and rights of its vast populace. It also dictates the proposed changes in the direct and indirect tax structure of the country. The Union Budget invariably impacts nearly all segments of the economy and society. From an international community perspective, it shows the stance of the government towards foreign investment, ease of doing business and India’s global competitiveness.
Over the last two decades, India has emerged as one of the rising economies and has witnessed an upsurge in economic development on the back of a significant influx of foreign investment coupled with technological collaboration.
The Union Budget 2020 presented this year was premised on the theme of Aspirational India, Economic Development & Caring Society. The intention behind its proposals is to garner more investments and also to widen the tax base to meet India’s $5 trillion economy ambition by 2025.
This budget had nearly 100 changes in the tax laws, this paper discusses the key proposals impacting foreign investors and multinational enterprises doing business in India.

Under the existing regime, a company declaring a dividend has to pay 15% DDT (20.56%, effective rate after grossing up and including surcharge and cess) and dividend so received (up to an amount) is exempt from tax for the recipient. The current regime pinched foreign investors, particularly because credit of DDT paid by the distributing company was not available to the shareholders and such dividends may have further taxability in the jurisdiction of the shareholder. This led to multiple tax incidence.
In a bold move to make India an attractive destination for investment, the proposal abolishes the DDT regime for dividends declared, distributed or paid on or after April 1, 2020. This means dividends will be taxed in the hands of recipient shareholders at the applicable tax rates.
This move should benefit foreign investors, multinationals, holding companies having subsidiaries in India in the following ways:
1. The savings could either be used to increase payouts for both local and overseas’ investors or be transferred to the overseas’ bases benefiting foreign shareholders.
2. Foreign companies’ dividend income from an Indian subsidiary would be taxable in India. As per Indian domestic tax laws, applicable tax rate on gross basis would be 20% (plus surcharge and cess). Foreign investors can resort to the provisions of the tax treaty which may prescribe a lower rate of tax.
3. Foreign investors should now be eligible to claim credit for the taxes paid on dividends in India subject to their domestic tax laws and the respective treaty provisions.
4. This move to a globally-accepted regime for shareholder taxability in terms of dividends is also equitable and benefits most taxpayers, including MNCs.
Overall, abolition of DDT is a very welcome step. It would encourage foreign holding companies to invest in India without having to worry about innovative structures to repatriate profits from India and should considerably improve the return on equity for foreign investors in Indian companies

The relaxation from filing of return was available to non-residents earning income in the form of interest and dividend provided the requisite taxes were paid.
It is now proposed to extend this exemption to non-residents earning income in the nature of technical fee and royalty too.
The exemption from return filing would only be available if the total income of the non-resident consists of only such incomes taxable on gross basis and corresponding tax has been withheld on such income streams in accordance with the applicable provisions. However, return needs to be filed if treaty benefits are availed.

The Advance Pricing Agreement (APA) and Safe Harbor Rules were aimed at reducing the Transfer Pricing litigation, but they did not extend to profit attribution of a Permanent Establishment of a foreign company in India.

The issue of attribution of profit to Permanent Establishment in India has also prolonged litigation especially owing to arbitrary attribution being resorted to by tax authorities.
To mitigate the profit attribution related disputes, the coverage of the APAs and Safe Harbor Rules have been enlarged in the budget proposals to include profit attribution aimed at providing more certainty and clarity to the non-resident taxpayers.

India has huge pendency of direct tax litigation. With the intent to reduce litigation, the Budget proposes to introduce a new scheme “VIVAD SE VISHWAS” = “From Dispute to Trust”
The scheme can be availed to settle the appeals relating to “tax arrears” (including interest and penalty levied in respect thereof), that are pending as of 31 January 2020. It grants complete immunity from prosecution and substantial relief from payment of interest and penalty. The scheme aims at quick closure of pending litigations which will allow businesses to deploy energy and resources saved by opting for the scheme, towards business activities.  The closing date of the scheme will be notified in due course.
The move would serve a dual purpose of garnering more tax revenue and also reducing the direct tax disputes and related administrative costs.

The current tax law does however provide for taxation in the form of equalization levy on online advertising services rendered by non-residents.
Whilst the aspect of taxation of such income has been a matter of discussion in international forums, India is a front runner in making the tax amendments in its domestic statute to demonstrate its position. The proposal would amend the provision to provide that such income streams would be deemed to be Indian sourced and thus eligible to tax in India. It will be interesting to see the interplay of these provisions with the equalization levy, which appear to be overlapping in case of some transactions, especially online advertisements and also the interplay with relevant tax treaty provisions, which may not permit taxing these transactions in India in their present form.

Alignment of objects of the tax treaty with the MLI mandate

The Union Budget also seeks to amend the enabling provision of the domestic tax statute that addresses tax treaties to include a specific restriction on creating opportunities for non-taxation or reduced taxation through tax evasion or avoidance.
The same is in line with India being a signatory to the Multilateral Instrument to Implement Tax Treaty Related Measures to Prevent BEPS (the MLI). As per the MLI, the tax treaties have to be modified to incorporate a revised preamble aimed at mitigating the avenues of tax evasion or avoidance through tax treaties.
The amendment to include the MLI preamble text in the domestic statute showcases India’s stance towards countering tax evasion and/or avoidance.

Change in residency rules for individuals

A new deeming rule has been proposed which would construe an Indian citizen to be an Indian tax resident if such person is not liable to tax in any other country or territory.
Owing to the concerns around this change, the Central Board of Direct Taxes (CBDT) which is the apex direct tax administrative body in India on February 02, 2020, clarified that bonafide workers/employees working in tax-free countries would not be impacted by the aforesaid proposal.
Also, persons of Indian origin or Indian citizen who are residing abroad by visiting India for a period of more than 120 days (earlier 182 days) shall be deemed to be Indian residents based on them satisfying other stay conditions for past years.

Amendment to the Indian Companies Act 2013

In a move that can improve ease of doing business in India, amendments to the Companies Act, 2013 are proposed in order to decriminalize various offences that are civil in nature.

The broad response to the budget is that it furthers the Bharatiya Janata Party (BJP) Government’s vision. It is pragmatic, emphasizes social infrastructure and digital connectivity, aims to empower India’s start-up ecosystem, and focuses on foreign investment.
In my view, the thrust of the budget is on talent, technology, entrepreneurship and foreign investment. It moves further into its vision of improving its 1.3 billion citizens’ quality of life by focusing on education, healthcare, infrastructure, industry and the global community. It gives a bold roadmap for further improving ease of doing business in India, minimal litigation and efficient dispute resolution. With the removal of DDT coupled with already reduced tax rate, India would bring clarity, increase predictability and in turn rejuvenate the world’s outlook towards the country. 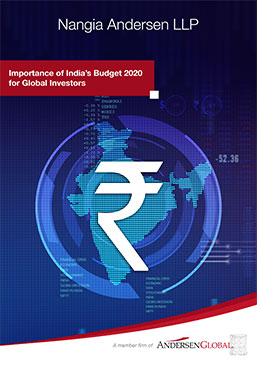 Importance of India’s Budget on foreign investors by Anshu Khanna